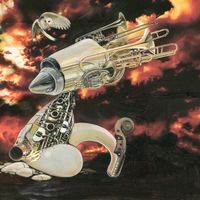 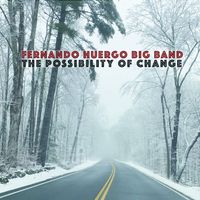 “The Possibility of Change" does not merely describe the potential for something to transform, but emphasizes the courage required to make and undergo important changes. With a miasma of music that emphasizes odd meters, modern harmonic concept, elements of the blues, and complex funk and Argentinean grooves, The Possibility of Change required a masterful rhythm section while also showcasing brilliant ensemble playing and virtuosic solos by the horns. beautifully. The Possibility of Change sheds light on the wonders that a bold deviance from one’s norms and comfort zones can lead to something that is not merely different, but is irrefutably breathtaking to behold. 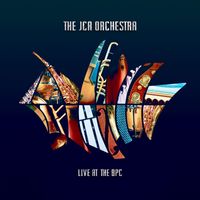 Since 1985, the Boston-based Jazz Composers Alliance has presented creative, cutting-edge work by member composers both in concert and on recordings. The group’s eleventh album, recorded live at the Berklee Performance Center, presents an eclectic mix of six works by master composers David Harris, Darrell Katz, Bob Pilkington and Mimi Rabson. The rich and varied program draws on a wide range of sources and inspirations from poetry to Thai folk music to James Bond movie theme music. “That balance of pieces is just how it naturally comes out,” says JCA cofounder Katz, “Everyone comes from such different places musically that there’s always a good mix.” 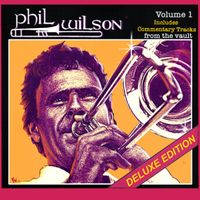 FROM THE VAULT, VOL. 1
Phil Wilson
(Available NOW at http://philwilsontrombone.bandcamp.com) 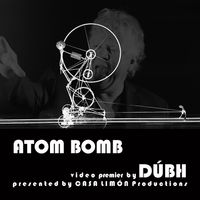 The music video is shot by Javier Limon and Casa Limón, as well as by DÚBH band members. It was edited by Agustina Covián. 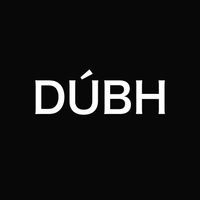 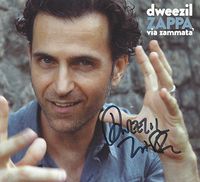 Dweezil Zappa's long-awaited return to original composition with a new LP of his own, Via Zammata', and now he’s armed with untold amounts of experience and insight gained from mastering his father’s genius. The resulting record, named for the Sicilian street that the Zappas once emigrated from, is a fitting mixture of legacy and creation. 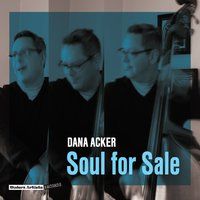 Dana Acker - Bassist, percussionist, keyboardist and composer/producer has pulled together a stable of stellar players, most of whom are musical associates from his days at Berklee in Boston. When not writing and recording, he gigs in and around Boston. Check him out at danaaccker.com, or on SoundCloud at https://soundcloud.com/dana-acker, Spotify, iTunes, and Pandora, and more. 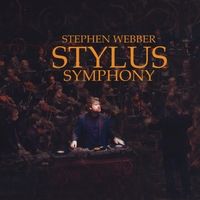 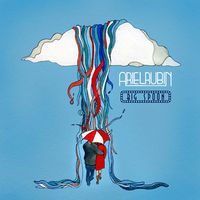 Big Spoon is Ariel Rubin's first professionally produced EP. Created in collaboration with Boston producer Mike Davidson, it features a trio of tracks each highlighting a different flavor of this versatile and enigmatic artist. Visit Ariel + The Undertow for more details about new releases. 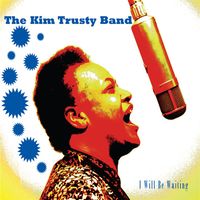 I Will Be Waiting
The Kim Trusty Band

Kim has spent the last three decades refining her remarkable musical skills and crafting her own brand of jazz, R&B and gospel with bluesy, smoky soul. Over the last twenty years, her reputation has moved well beyond the Ocean State as a consummate technician, lyricist and songstress. This new recording is a culmination Kim's musical and experiences. A deep reflection of her musical life. 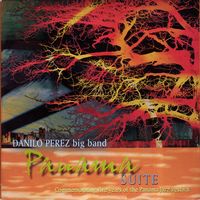 Combining urban sounds and Panamanian folkloric elements in a big band setting, the 15-minute work is divided into three movements: Awakening/ El Despertar; The Quest/La Busqueda; and The Celebration/Quiero Amanecer. Ambitious, rousing, and fun, it summons images of the country’s spectacular geography, and pulls the listener into the center of an all-night, street party. 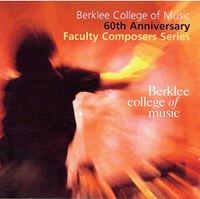 The 60th Anniversary Faculty Composers Concert Series presented nine concerts that featured over sixty pieces of music written by fifty-seven Berklee faculty composers. More than 100 faculty members, students and area professional performed in the concerts - a truly astounding undertaking and accomplishment. Fifteen of the pieces were selected for this two-CD set to showcase the wide variety of musical styles and compositional attitudes that are found today at Berklee. 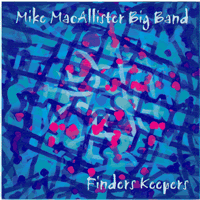 This is a new release of original compositions for Mike's jazz orchestra featuring a talented group of young musicians, including Jordan Perlson, Evan Gregor, Ian Rapien and many others. 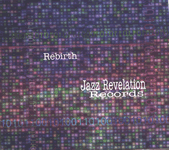 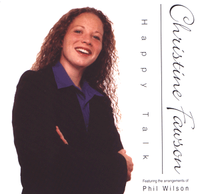 From the lyrical writing in "Someone To Watch Over Me" to the intricate lines and fresh ideas in "Happy Talk" (Phil Wilson) covered all grounds here, making for an album full of variety. We had some good times in rehearsal but it all clicked like magic once we got in the studio. Everything was recorded live and the interaction with these great cats made for a priceless experience." - Christine Fawson Order here. 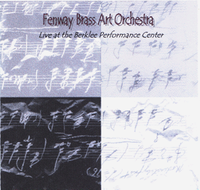 This recording of the FBAO's live concert at the Berklee Performance Center showcases a powerhouse line up of musicians, including Dan Brantigan, Brendan and Ryan Carniaux, Takao Iwaki, Keiichi Hashimoto, and many others. The band premieres new works by Motohiro Sawano, Takako Yamada, Jason Camelio and Director Susumu Watanabe. 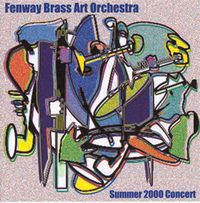 Recorded live at the First and Second Church of Boston, this concert features the music of Kenny Wheeler as well as new music by trumpeter Motohiro Sawano and trombonist Kensuke Mukuno. In addition to vocalist Michal Cohen, this version of the band showcases soloists Erik Telford, Jason Camelio and Hisashi Saito. 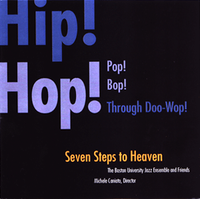 Under the Direction of Michele "Miki" Caniato, the BU Big Band swings through a set of jazz standards including the title track, Harlem Air Shaft, All Of Me, Four, Matt Mattox and others. The BU Jazz Vocal group is featured on A Foggy Day and Come Fly With Me.